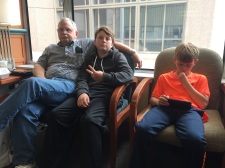 Well, Clay is now one of the few people I know that can say he has had brain surgery. We came to MDA with very little hope and we certainly did not expect surgery this fast. We didn’t even bring any clothes to the hospital with us yesterday. We fully expected to see the doctor and then have a few other appointments and go back to the hotel.

The situation became an emergency very quickly. From the time we arrived at 10:30, to the time they admitted Clay to the ER at 1:00, he had significantly declined. He started to look sick, which had not happened yet. The doctor recognized that we didn’t have much time and told me that he would slip into a coma before too long so the surgery was needed immediately. Dr. Gummadi comforted me with his voice of agreement and we consented. 12 hours later they were taking him to the OR for a craniotomy. A large team of doctors and nurses surrounded him as they wheeled him away. I had a total peace that he would be fine.

Then the wait began. They gave updates every 2 hours. Ben was our little timer. He would watch the clock and say, “Mom, it’s almost time for an update.” The staff was wonderful. The doctor even asked about us! At around 3, I guess, they came to get me because Clay was having a hard time waking up. I was able to go in and help them calm him down. I actually wasn’t much help, which was disappointing. He wanted out of the bed and was confused. The meds finally wore off and he settled down. When I came back in and got close to his face, his eyes look up and he said, in the sweetest voice, “Heeeyyyy.” That made me feel so much better.

We were in recovery for a while. The kids could only see him for a minute. It was hard for them to see their dad in the bed. He has a huge bandage on his head but otherwise he looks normal. They handled it all very well. I know I keep saying this, but my kids are amazingly strong.

Dr. Weinberg is the top neurosurgeon at MDA. All the others work for him. MDA is the top cancer hospital in the world. So, I just kept thanking God yesterday that we were in the most capable human hands possible. Of course, all of this is in God’s hands, but if He is going to use a partner to help with Clay’s situation, He picked a pretty good one! I’m overwhelmed to think that we got the best surgeon in the world. Well, he lived up to high expectations. This picture is the before and after. 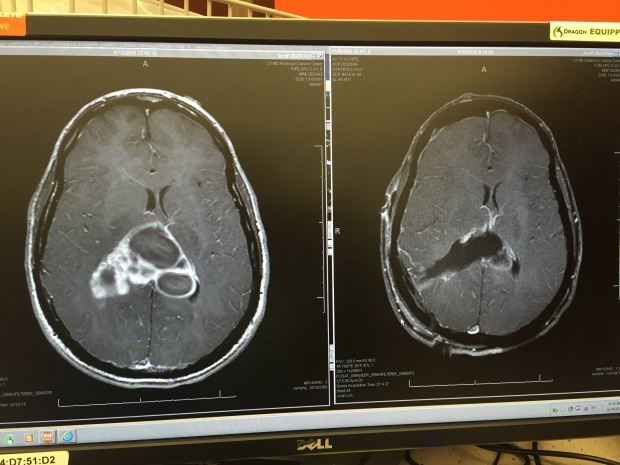 The left picture is the MRI from BR. Look how big that thing is! The cysts were like water balloons. All the white that you see is cancer. The dark spots within the white is fluid. The cancer cells were producing the fluid. The mass on the right was blocking the spinal fluid from draining out of the brain and causing strong pressure headaches. The surgeon expected to be able to remove most of the mass on the right, which would release the fluid and pressure. But, he didn’t expect to get to the left.

Look at the after pic on the right! Look! All that dark space, that was white before, is empty space where he removed 80% of the tumor. He got way over to the left hand side and was able to drain those cysts and remove a good portion of the cancer. It is a miracle. We prayed God would guide the surgeon’s hands and he answered our prayer in abundance. Even the doc was surprised at the success. That’s because all of you were praying so hard.

The next step is for Clay to recover. They say the worst part will be the incision, which is a question mark shaped incision that covers the right side of his head. When I showed the kids how big it is, Grace said, “That’s ok. It will be a constant reminder of what God did.” Amen. I love that girl.

We actually slept pretty  good. My body couldn’t go anymore so we slept hard. The staff has been wonderful. Clay woke up and had breakfast in bed…spoiled! He has bathed and walked the floor already. Right now he’s sitting in his portable rocking chair provided by Jimmy Cook! He is having some delusions that are providing entertainment. The doctors reassure us constantly that it is totally normal so we’ve started laughing about it. He’s been making lots of jokes and is handling it all very well.

We are still taking this one day at a time. We are loving Jesus and thanking him for all the miracles along the way and we are trusting Him to continue to hold us in His hands. The doctor says there is no cure for this. The surgery is a temporary removal that bought us time. We will begin exploring treatment options and clinical trials in about two weeks once he has recovered. We will believe the report of the Lord and we will continue to give Him glory. It is so obvious that He has orchestrated every step so how could we not trust Him? Thank you for your prayers. Clay and I pray for y’all everyday. Our prayer is that God is working in your life as you see how He is sustaining us through such a difficulty. He is real, guys! He is real. Praise Him today. 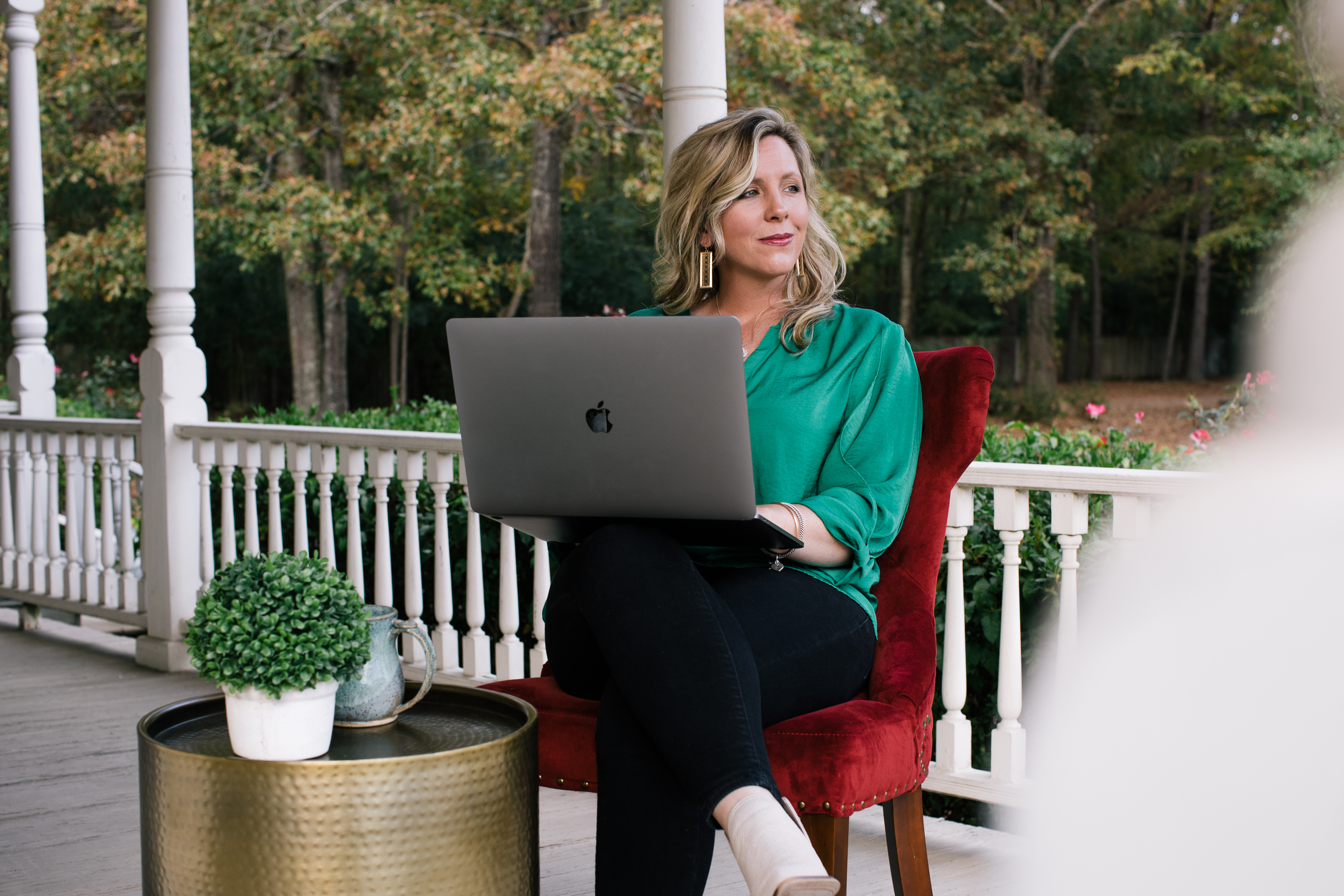